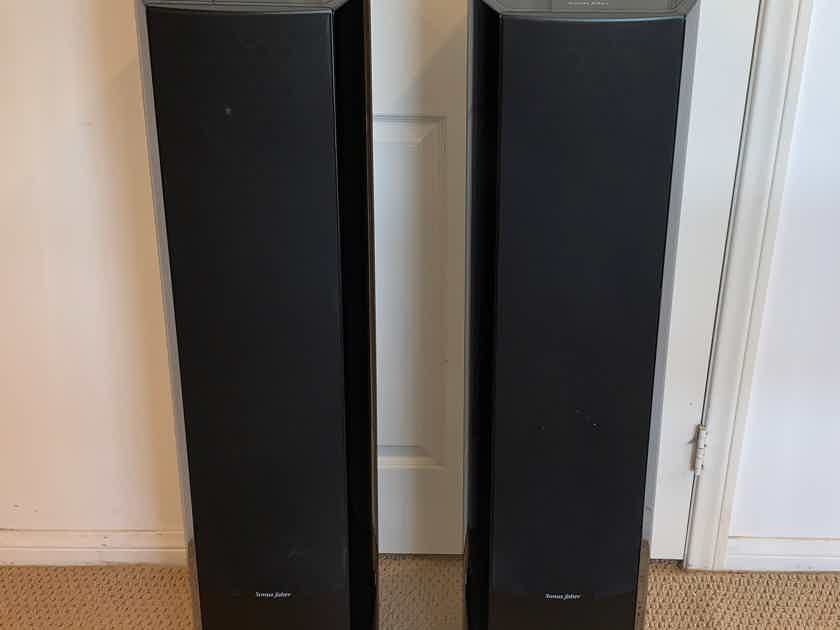 I am always a Sonus Faber fan. I like their sound and musicality. The Venere line represents a more affordable line for Sonus Faber, but a level of performance above almost anything in the price ...1150.00

Sorry, this listing has ended. 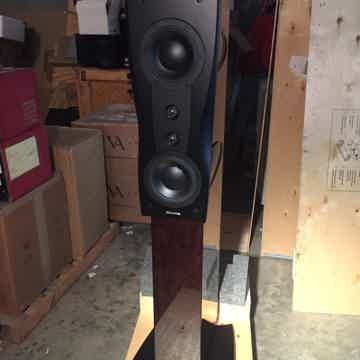 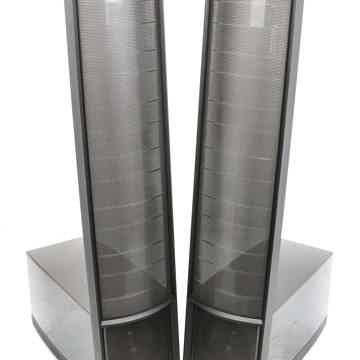 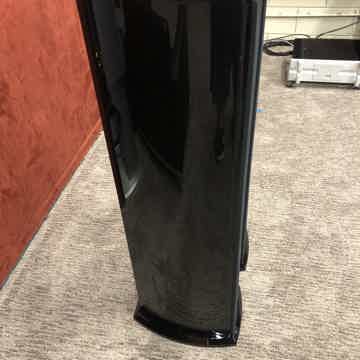 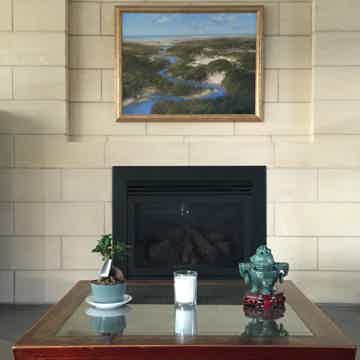 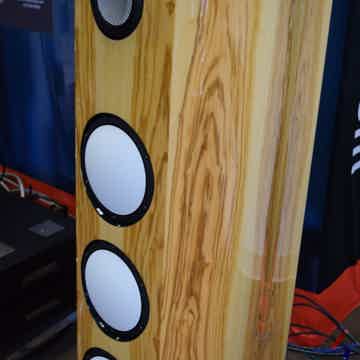 no longer for sale

I am always a Sonus Faber fan.  I like their sound and musicality.  The Venere line represents a more affordable line for Sonus Faber, but a level of performance above almost anything in the price range. This pair is in great condition.  A reprint of owner's manual is included.

Lately, my buddy moved into a smaller house and want to find a new home of his giant Sound Lab speakers.  He ask me to take care them.  This cause me an extra set of speakers in my living room and my wife want me to sell this pair as she thinks this pair does not matches with her décor.

Here is a review from Stereophile by Kalman Rubinson  |  Nov 1, 2013 If this is what you like then this is a pair for you.:


Sound
Getting down to the nitty-gritty—not that there was anything gritty about these speakers—the 2.5s were superb in their rendering of voices and solo instruments. Renée Fleming singing Leonard Cohen's "Hallelujah," from her Dark Hope (CD, Decca 80014186-2), sounded as creamy-rich as I have heard her through speakers costing several times as much as these—and Marianne Beate Kielland's voice in her Come Away, Death (in a free 24-bit/192kHz PCM download; SACD/CD, 2L 2L-064-SACD) seemed to be suspended in the space above my center speaker—which, of course, was not even connected. Deeper voices, too, were rendered with a natural balance aided, to a degree, by the richness of the 2.5's midbass. I further tested this by playing Paavo Järvi's wonderful recording of Fauré's Requiem, with soprano Chen Reiss, baritone Matthias Goerne, and the Chorus and Orchestra of Paris (BD, Euroarts 2058874), as well as the other Fauré works on this marvelous concert disc. In the Requiem, as well as the familiar but delicious Pavane (in its relatively unfamiliar version with chorus), there was a remarkable congruence between the voices in the soundstage and the performers on the real stage. Voices were coherent, and the sibilance was quite natural. And, yes, I did remember to choose the stereo PCM track—all the magic I heard was coming from the musicians and the Venere 2.5s.

Since none of those pieces make significant demands in the bass or is strongly dynamic, I had to pull out stronger medicine: for both bass and dynamic range, Britten's Sinfonia da Requiem, with Carlos Kalmar conducting the Oregon Symphony (SACD/CD, Pentatone PTC 5186 393), which spans the range from eerily wispy strings to violent, brass-prominent tuttis, and includes some magnificent bass-drum wallops. The Veneres delivered it all without strain or compression; the impression was simply staggering, even in plain ol' stereo. Getting to the bottom of it all, the title track of Béla Fleck's Flight of the Cosmic Hippo (CD, Warner Bros. 26562-2) was satisfyingly weighty, as was Pink Floyd's Dark Side of the Moon (SACD/CD, Capitol CDP 582136 2), the latter benefiting from the Veneres' hugely wide dynamic range capability. Indeed, I didn't think that adding subwoofers would markedly enhance the experience of either of these favorite recordings—until I switched them in. By now, I should know better.

I spent a lot of time listening to high-resolution PCM and DSD files through the Venere 2.5s, and my impression was that the speakers were capable of delivering in detail the subtleties those recordings contain. Using the Sonus Fabers to directly compare the 16/44.1 and 24/96 releases of a number of albums from M•A Recordings, many of which I hold in high regard, revealed my consistent preference for the Sonus Fabers' natural, relaxed sound throughout the midrange, which served to disambiguate the sounds of the instruments from the acoustic of the venue without disconnecting them. It's the sound one hears in a good hall, where the attention can focus on the music without being distracted by the nonetheless essential ambience.

The ability of the Venere 2.5s to present a balanced and integrated midrange and treble was also an advantage when I used them as the main L/R speakers of a multichannel array. Despite the mismatch with the other speakers, the sound with the Veneres was distinctly more open and "large" than the sound of my matched system. And while the Veneres certainly had more treble energy, there was no accompanying brightness or highlighting.

Going further afield, I also had the Veneres in the system when I was evaluating the Trinnov MC Optimizer, which I used to EQ the Veneres and the supporting Paradigm speakers, as well as remap all of the speakers' virtual positions to the theoretical ideal. The EQ'd Veneres simply "disappeared" as identifiable sources in two-channel mode, the music approaching the ease, balance, and openness of a live concert. And since the Trinnov did an amazing job of matching the 2.5s with the Paradigm Studio 60 in the center, multichannel presentation was eminently satisfying. But regardless of the number of channels or the use of EQ, the Veneres took complete advantage of the blandishments of hi-rez DSD and PCM files. They greatly exceeded what the Paradigms could do on their own—and, indeed, what I have ever heard from this system in this room.

So, yes—the SF Venere was both more revealing and better balanced than my rather long-in-the-tooth Paradigms, while also being smoother and more integrated than the KEF Q900, which I reviewed in September 2011. Looking further back through the haze of memory at other speakers I've reviewed here in Connecticut, I also think the Sonus Faber was more dynamic than the PSB Imagine T (reviewed in June 2009). So, allowing for any weakness in my powers of remembrance of speakers past, I suspect that the only ones I've enjoyed as much as the Venere 2.5 were the Canton Vento Reference 9 DC (March 2008) and the Revel Concerta F12 (July 2006). The Cantons are stand-mounted monitors ($4000/pair in 2008), and the Revels ($1498/pair in 2006) are simply dowdy in comparison to the stylish Sonus Fabers.

I loved the Sonus Faber Venere 2.5s. They sounded great with every recording I threw at them, and performed well with every system configuration I could manage. They were an ear-opening experience, and their intelligibility and balance made it brutally clear that I need to step up the quality of my Connecticut-system speakers to fully appreciate modern high-resolution audio. Alas, they're too tall to fit under my video display—but don't let that stop you. The Venere 2.5 is not only provocatively sexy in appearance; it delivers.