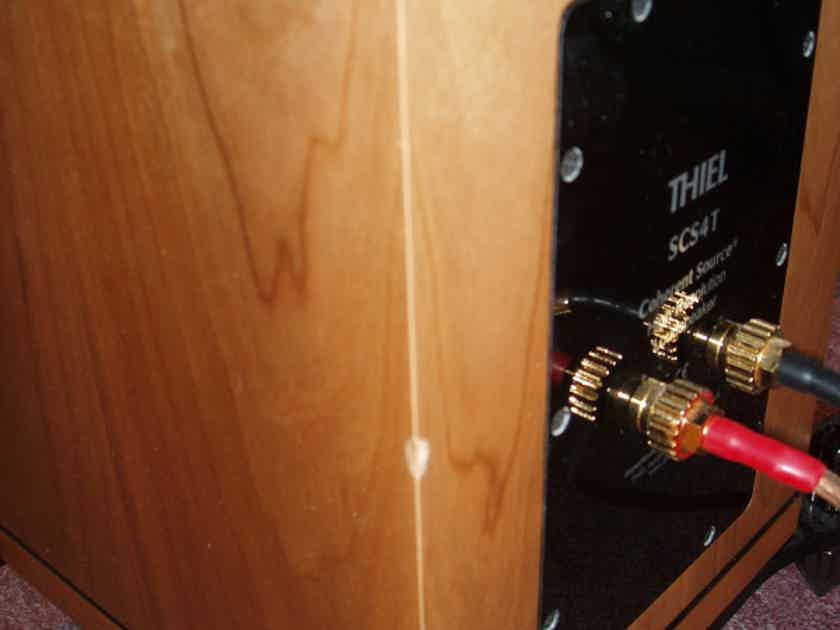 The SCS4TThe SCS4T is the tower version of the SCS4 monitor ($2380/pair), which has been around since 2007. Like its little brother, the SCS4T features a coaxially mounted tweeter and woofer, this ...990.00 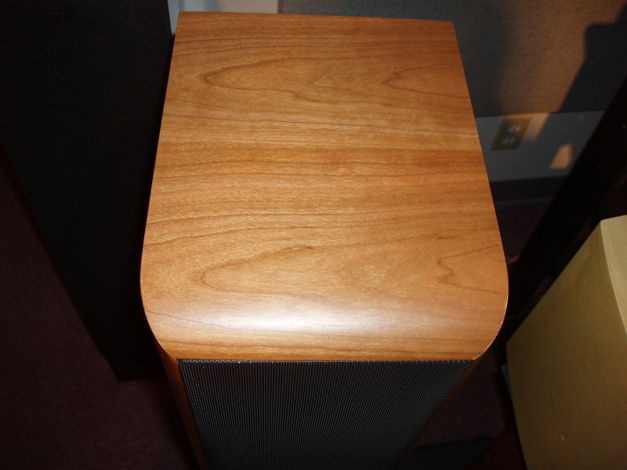 The SCS4T
The SCS4T is the tower version of the SCS4 monitor ($2380/pair), which has been around since 2007. Like its little brother, the SCS4T features a coaxially mounted tweeter and woofer, this arrangement designed, in conjunction with the first-order crossover, set at 2.5kHz, to maintain coherence in the time domain. The 1" metal-dome tweeter is a slightly modified version of the one used in Thiel's flagship speaker, the CS3.7. The 6.5" driver is the same one used in Thiel's on-wall PowerPoint and PowerPlane models.

Coaxially mounted drivers, while easier to make time-coherent, can present the designer with other challenges. Mounting a tweeter in the throat of a mid/woofer can lead to problems with diffraction. According to Gary Dayton, Thiel's technical support manager, great care has been taken in the design of this mid/woofer to avoid the pitfalls of coaxial design. "The visible aluminum cone of the midbass driver is unusually shallow, and therefore not inherently rigid. We've designed this driver with a shallow diaphragm because it interferes with the tweeter very little and permits a wide dispersion characteristic relatively free from diffraction. The midbass driver is made of aluminum and is more rigid than one might expect, but we reinforce the diaphragm by laminating a polystyrene cone with a deeper profile onto the back of the aluminum cone. The result is a moving system that is very rigid and nonresonant, and therefore remains pistonic over a very wide bandwidth."

The coaxial drive-unit is mounted on a handsome aluminum baffle that covers roughly the top third of the speaker's face. Above and below the drive-unit are forward-firing ports that Thiel says are each tuned to the same frequency. The baffle meets the nicely veneered cabinet  (Natural Cherry) with tight tolerances, and the front panel is gently and elegantly rounded at the sides and top to avoid diffraction and to look nice. The SCS4T is a good-looking speaker. 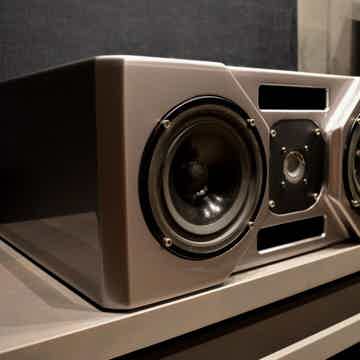 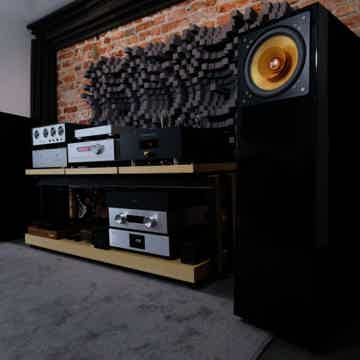 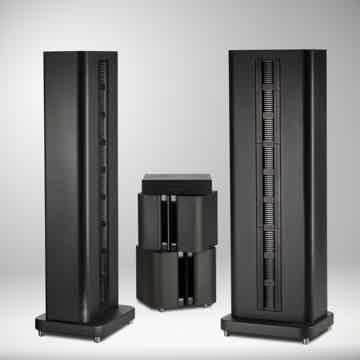 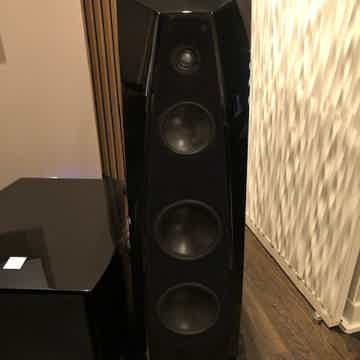